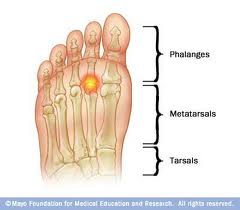 1,000 to 2,000 births. Risk factors may include a condition called oligohydramnios in which the mother does not produce enough amniotic fluid in the uterus.

Dr. Michael Horowitz offers a 5-Step process to successfully treating Metatarsus Adductus.  He can help evaluate & diagnose your condition and recommend the best course of action for you. Call Vancouver Orthotics at 604-737-3668 for more information.

YOU MIGHT HAVE THESE QUESTIONS ABOUT METATARSUS ADDUCTUS TREATMENT: